Now I think one of the most useless questions an adult can ask a child—What do you want to be when you grow up? As if growing up is finite. As if at some point you become something and that’s the end.

I am always curious about the journey of becoming and concept of success. The journey is never a one way, long straight line. It entails a lot of stories, people, struggles, failures and achievements in it. All these are what Michelle expounds in her memoir “Becoming” and we will be letting you in on them all.

The book, Becoming, is like no other I’ve read. Little wonder why it is a bestseller; and probably the best book in 2018. Containing ageless truths, it reaches for your deepest emotions. It reveals you to yourself and different phases of your life in the non fictious characters.

I particularly felt a connection with Michelle, as I gleaned through the pages. It is carefully divided into three segments, Becoming Me, Becoming Us, and Becoming More.

You never stop becoming until you are dead. And in a lifetime, you are capable of becoming so many things. BECOMING isn’t arriving at a destination, but a means of evolving towards a better self.

The book begins with Michelle’s childhood story (Becoming Me). It opens us up to a loving father, of faith and resilience; passionately in love with family and selflessly living a life of sacrifice. With an ailment that causes him discomfort as he walks which eventually caused his death, he ensured that no attention or pity party was made on his behalf. He lived a life of utmost positivity.

Her mother, a woman of love and independence. I’m particularly inspired her and how she raised her children. She never enforced her opinions on any of them. She always counseled but left the choices of decision making to their discretion…even in matters of sex and relationships. This earned her untold respect, and is one of the major reasons I believe Michelle was able to develop super intelligence and take initiatives.

As a firm believer in God, I believe just like I’ve studied about Him, no one should enforce opinions and convictions on another person. Life and death are choices, I can only advise you to choose wisely.
It is manipulation when we try to ensure our ways and principles are adhered to, without giving a person the power of choice making…even as regards our children and their affairs.

She speaks highly of her brother Craig, who was a pace setter and made her glide somewhat easily through life, especially as regards her academics and friends. He was a strong pillar and cheerleader, who till today remains so.

Your history and family contributes to the kind of person you become. You are a sum total of your genetic codes and everything installed in you family and environment.

Life’s experiences made Michelle evolve and become whatever personality was needed to confront a challenge. Becoming is not about destination; you never fully become. You keep evolving.

Failure is first a feeling before it becomes an actual result.

During her childhood, Michelle had to learn to discern failure as an event, not a person. She also realized fear is an extremely powerful force that sponsors failing.

She clearly recounts an experience where she was unable to spell correctly the word “white”. She was so passionate about being the best and thought in terms of competition. So much so that she ensured she learned the word on returning home, to prove eventually to her teacher that she was able to do it.

This is particularly one weakness I have that this book opens me up to. The inability to let go of a fight, until I win. It is largely sponsored the need to be approved of others. Good news is, it can be worked upon! I will reveal how…soon.

Becoming us is my favorite part of the book because I love love stories. It attempts to give insights into the relationship between Michelle and Obama, through the transitions of being ordinary couples till they went up the ladder of politics up until he became the 44th President of the United States of America.

Barack Obama is a romantic which strangely came as a surprise to me. This part of the book begins right after he asked her for a first kiss.
Michelle was a lawyer who was asked to mentor Barack in their firm for a period of time before he went for his final law school examination.

Their love story evolved through time (although I believe Barack loved her from the beginning). A relationship finally sparked up when they realized they didn’t want to be with anyone else, but themselves.

I love the seemingly difference in personality traits they both exhibited. Barack, a deep thinker, but largely disorganized as regarding his personal stuff, against Michelle; a talker, public persona yet detailed and organized.

However, I love the fact that there are both intellectual but still have mutual respect for each other.

One baffling discovery I made was the fact that Michelle was never into the politics thing. I always thought it was the other way round and Obama was probably influenced her to run for President.

But she almost never wanted anything to do with politics.

Love should not blow you off your feet, but should be able to push you to become better. Know the capabilities of your partner and be proud of their achievements.

I’m yet to see a couple that exemplifies partnership in marriage as much as the Obamas do. Love became the motivating factor for Michelle to let Barack run.

While she took time to make up her mind, especially since she was aware of the implication of his decision on the family, Barack patiently waited. He wasn’t upset that she was not his number one cheerleader or questioned his vision. He patiently waited for her to permit him to run for President.

Michelle eventually agreed and fortunately for us all, she wore the hat of First Lady in such an astounding and unforgettable manner. The character traits imbibed growing up came to play in her role in office as she was faced with decisions to make without any training or preparation.

They demonstrated untold faith in each other, as none of them questioned or interfered with their roles in Government. As much as possible, they tried to separate official duties from personal life; being wise enough to know that politics was for a limited number of years…and they had the rest of their lives to be together.

Know your voice and be unafraid to use it. Ensure you are authentic and do not be stereotypical.

Competition and strife is inevitable when you haven’t found your uniqueness. This is one secret Michelle found and ran with. Although voices of being “not good enough” rose at certain points to question her judgment, she quietened them reaffirming herself of her authenticity and uniqueness.

I can only imagine the opposition that came when she decided to write this book. Questions unanswered, eyebrows raised and wagging tongues. Also, the silent question of whether she was divulging so much information to the public or not. 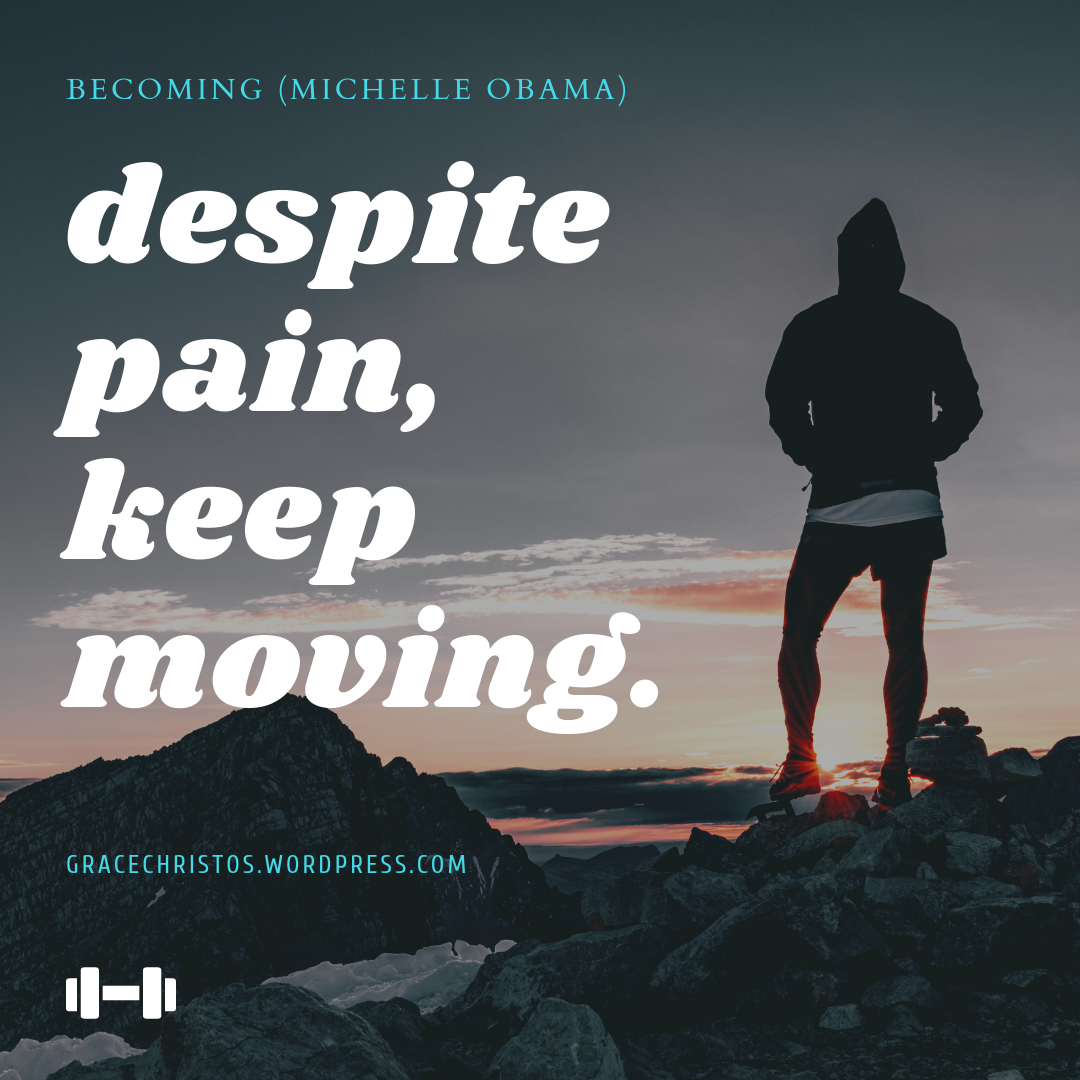 The opinions of others about you should never be allowed to dislodge what you know about yourself. People will always have something to say; don’t based your life’s decisions on such uncertainty.

Personally as a blogger, I have had a fair share of criticism. Most writers are accused of not being conservative enough or being unable to safely keep secrets.

As far as you desire to be successful, realize that success is a two edged sword. It has both positive and negative effects.

But until you stand up for what you believe in, you will never come to know the zenith reaching impact you would make. Your purpose has lives attached to it; don’t let naysayers dissuade you from being faithful to your call.

Kill stereotypes. Do not settle for the world as it is; but as it should be.

Never get comfortable with popular thinking and conformity in a bid to be acceptable. Greatness is about changing narratives and questioning status quo with the aim of improving current life’s processes and being a blessing.

There are so many priceless lessons to glean from this book that a review won’t give ample advantage of revealing. I’d like to share the pdf copy of this book with you if you haven’t read it yet. All you need do is reach out to me. 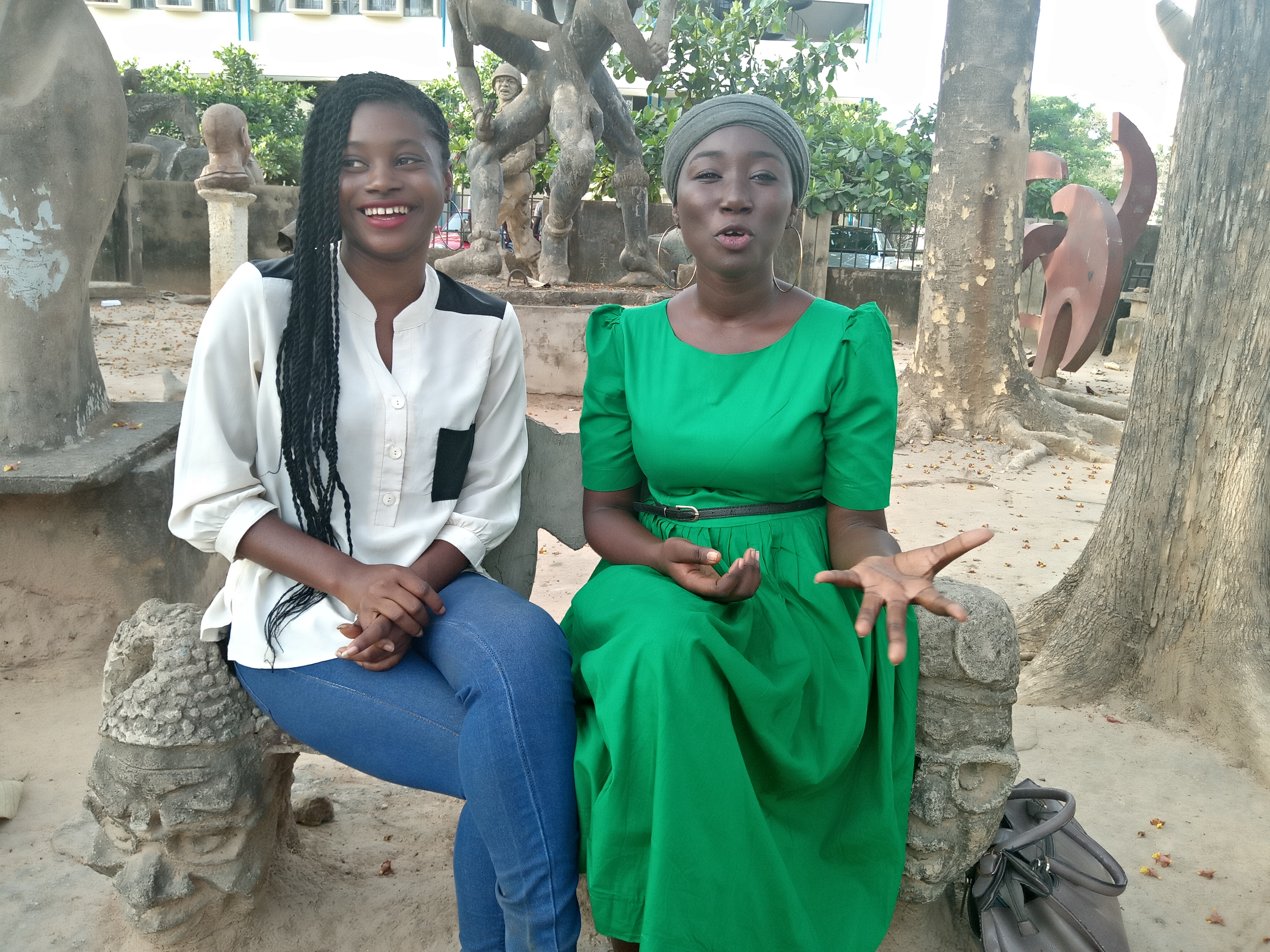 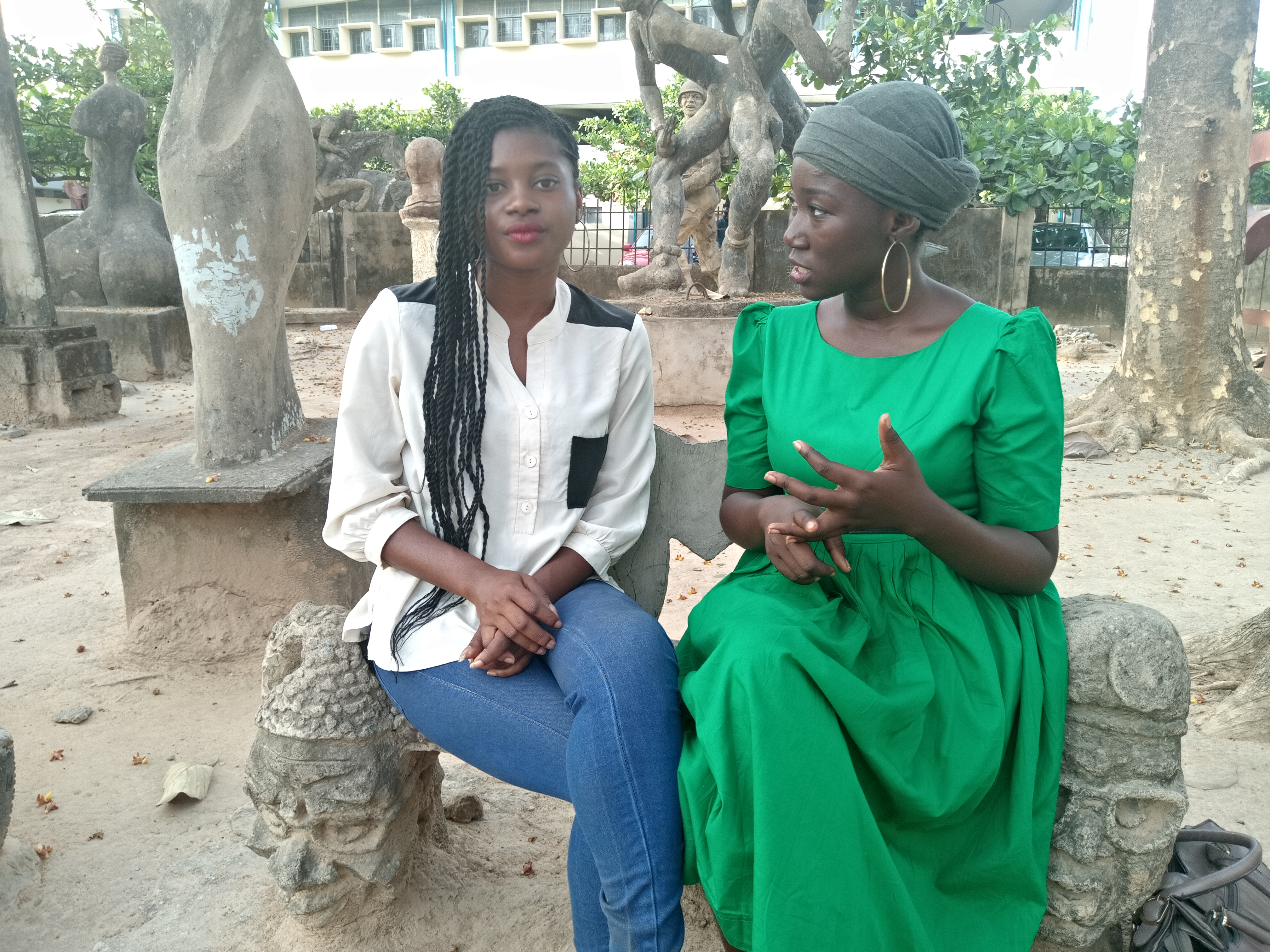 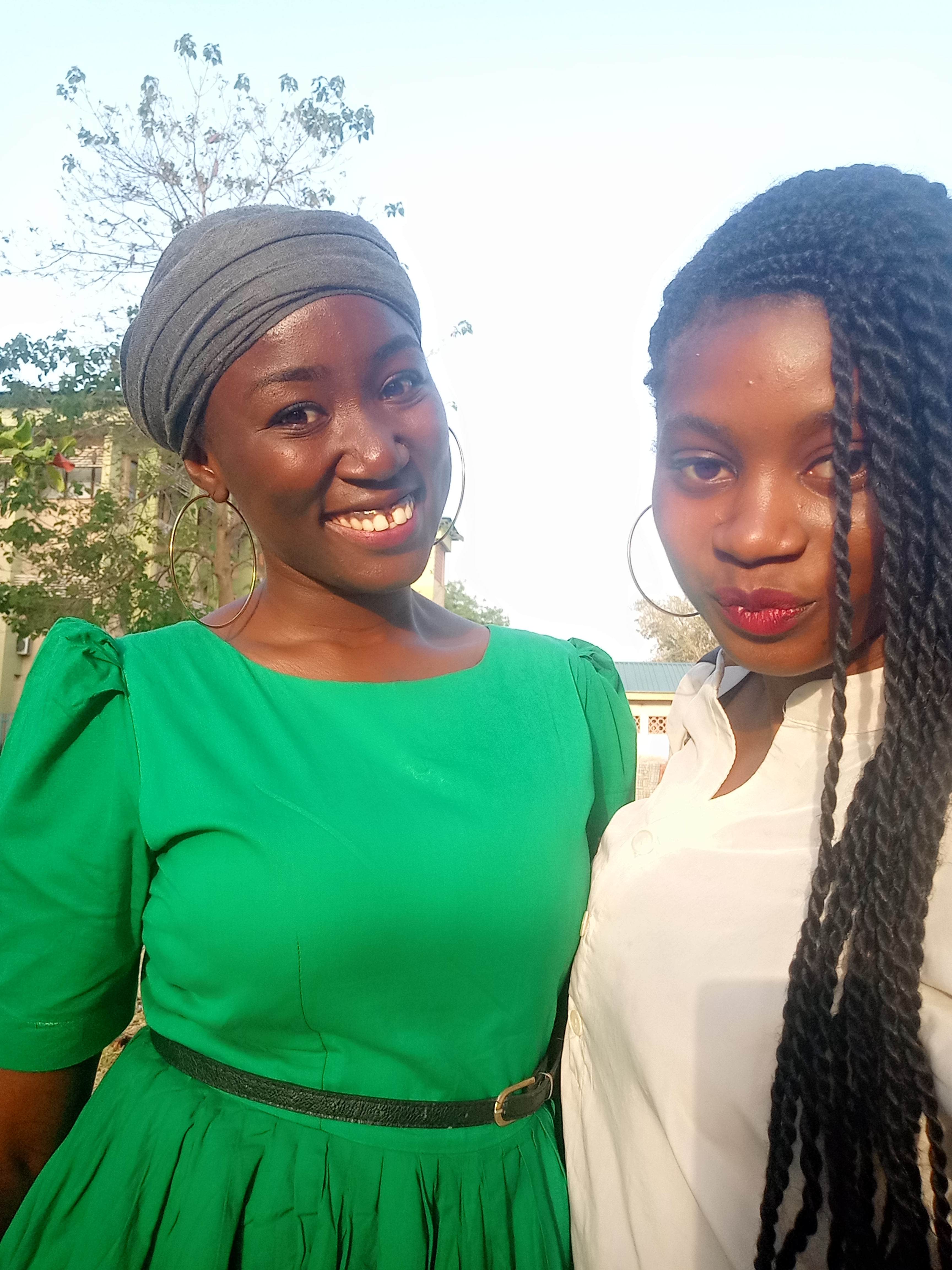